AICR International > History of the AICR

Mr Lucien Barrière invites the ACR Paris to a week end at the Hôtel Normandy at Deauville. They decide to create a national amicable.

Election of Franz-Josef Brühl, Front Office Manager of the Hotel Vier Jahreszeiten in Hamburg as President?

United Kingdom join with, at her head, Annie Boslem, Front Office Manager of the Royal Garden Hotel in London. 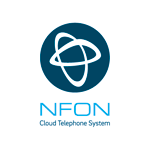